Back to all posts

Greetings and welcome to my new website! I'm thrilled that you've come to visit! I'll let you in a lil' secret... We're making a Christmas album! But not just the same ole Christmas covers you're used to hearing (although we LOVE those). These are all originals that we wrote, all in the vein of that sentimental, 1940s, Big Band, crooner-esque vibe. This all spawned from a vision that producer/co-writer David Norris had after we had written a Christmas song that I gifted to my parents the Christmas prior. Both my mother and father have always been big fans and supporters of that genre of music and flooded our home with it during my growing up years. I couldn't help but embrace it, soaking it all in as any musically-inclined child would do. My father unfortunately passed away right before Christmas and never got to hear the song in his earthly host, but my mom heard it, and boy did she LOVE it. So fast forward a year later, we were halfway through a crowdfunding campaign for a pop-rock album that I was going to cut through David's production company, Norrisong Productions, and he called me while I was up in Maryland visiting my family for Christmas. He proposed this crazy idea that we switch gears, right in the middle of the campaign, and ditch the pop-rock album for an all-original 1940s-style Christmas album. I agreed to his brilliant idea, and the journey began...
We spent the entire year writing Christmas songs, put together some of Nashville's most amazing musicians, and went to town. So now we are in homestretch mode, friends! Today, we had Dane Bryant (one of Nashville's A-list session players and Olivia Newton John's band leader for her currently-running Vegas show) in da house to finalize some tracks. We're working on final mixes in the next few days and it's coming together beautifully! The vision has taken flight.

So get ready, we've got plenty of Christmas cheer coming your way this holiday season and we can't wait to share it! Our hope is that this album will find itself in regular rotation during your Christmas gatherings for years to come, and that it will take you back to a time when bands were big, dressing to the nines was casual and family was everything.

Merry Christmas, from my heart to yours. 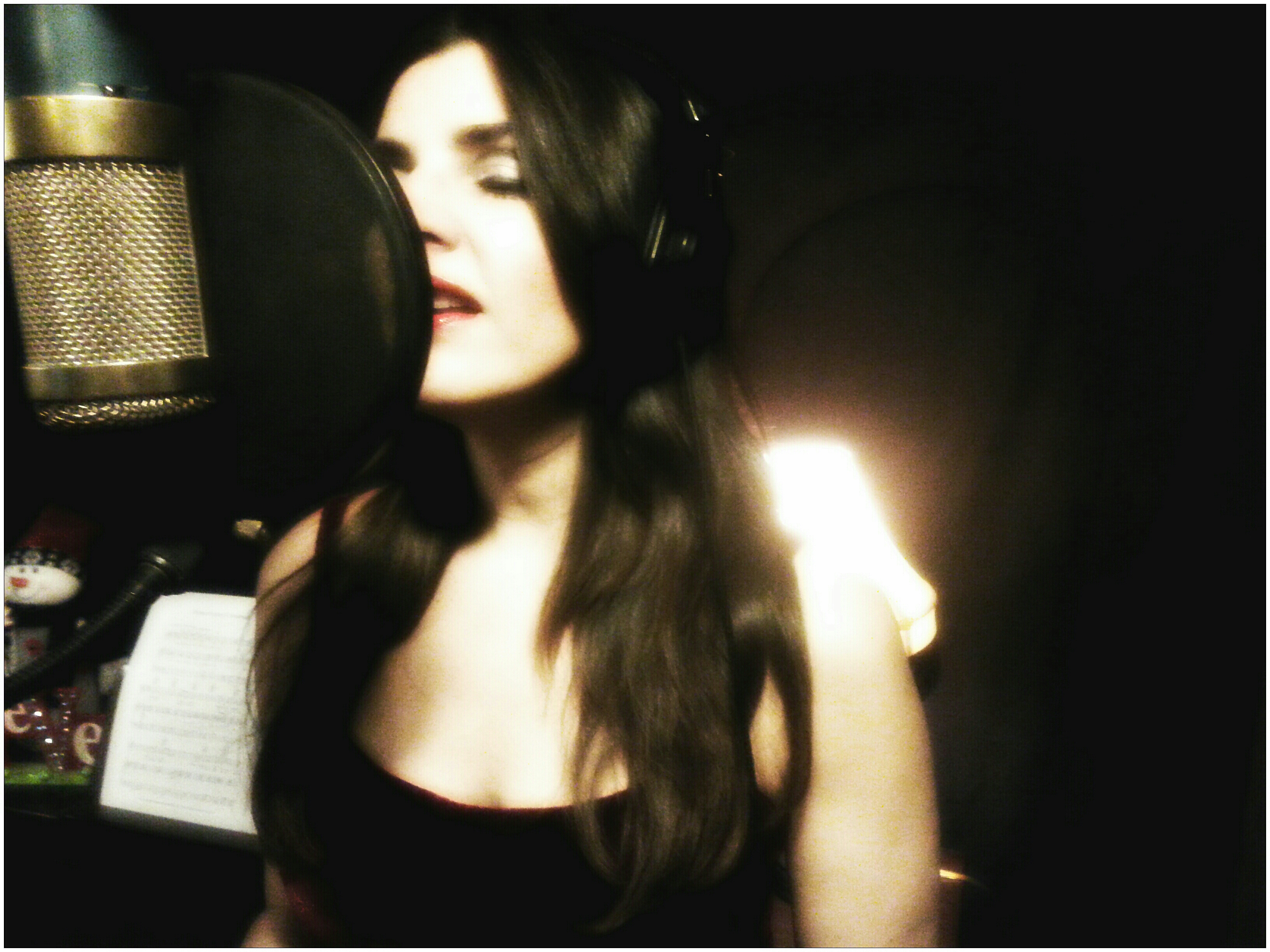